All of these things (and more!) have something in common: music!  Music is the fabric that supports everyday life, but is often unacknowledged until it isn’t there.  What all goes into making music for these?  Obviously, a symphony takes time to put together, but movie or video game music would be easy, right?  It’s just in the background. 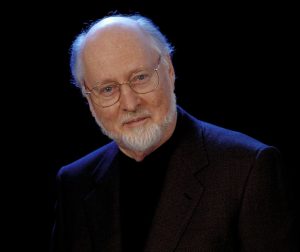 Does this man look familiar?  If not, have you heard of Star Wars, Jaws, Harry Potter, Jurassic Park, Indiana Jones, or Catch Me If You Can?  These huge films, along with many others were composed by this man, John Williams.  He honed his abilities through studying composition, time in the Air Force, and attending Julliard.  After those years of instruction, he began working with big-name composers on television shows and 40 years later is one of the most well-known movie-music composers today.

Did you know that headliners at large music festivals such as Bonnaroo or Coachella can be paid between $1-$2 MILLION dollars?  The headliner would be a popular group like Green Day, Adele, or Mumford and Sons.  The bands that don’t have as much name recognition still can get $10k-$15k for a performance, but depending on outside costs, that might not be enough to make a break even!  A lot goes into maintaining equipment, practicing, and coordinating schedules which often includes taking time off from work to make the performance.  Those are very large-scale examples, so let’s bring it closer to home. 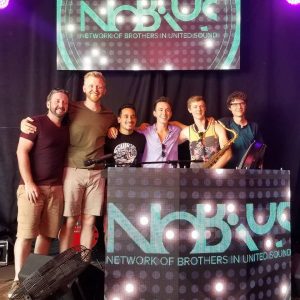 Wedding Band on the Gulf Coast multiple times.  In sound equipment, they have about $5k invested, while each member invested at least $3k in their own instrument set-up.  For each event, they have hours of practice, equipment, instruments, and travel time.  That doesn’t include the many years of instruction and time honing their musical skill.  While you may hire them for an event where they are “just entertainment” or “background music,” that doesn’t lessen the financial investment they have to make in order to fulfill your needs.  If you asked 6 plumbers to come to your house for 4 hours, expecting the work to be like you wanted it, it would cost well over $1000.  Hiring a professional to do the job correctly and satisfactorily provides a peace of mind that definitely makes the cost worth it. 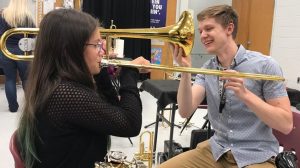 These professionals all start small.  School music provides the foundation upon which a profession in music is built.  There are huge benefits to school music no matter if you’re in it for middle school, high school, or through college.  Music is a team sport in which everyone can participate – regardless of athletic abilities.  No one hollers out a play, but the conductor silently gives the directions that must be observed and executed by all members to keep the piece going.  Team-building skills, memorization, and learning a new language!  Music allows for expression that transcends any language barrier and also when words just don’t quite manage.

The skills you learn with music are applicable to the rest of your life.